Finding the raw people of Burlington

I spent my day job at a nonprofit in a nearby town, trying to make it into a better place, but I never really felt like the place I lived was actually home. It took getting engaged in the city to realize that I should spend more time liking, and being proud of, where I lived.

For eight years I knew that the micro-community where I lived — an 1880s former textile mill village on the Haw River — was a pretty interesting place to call home, but it took me years before I was ready to embrace the larger city around me. When I would run into friends, or meet people for the first time, and they asked me where I lived, there would be a slight hitch before I replied. Most people wouldn’t of heard of our tiny community of 40 houses, but our mailing address was Burlington, the adjacent former textile boom city. I usually said I lived in “northern Alamance County,” instead of embracing Burlington as my home. Not being a church-goer, not having kids in the local school system, not working in town, and living slightly outside of city limits all contributed to my feeling detached from the city itself.

Burlington is a city of dozens of empty textile mills, mills that haven’t been converted to chic loft apartments like in other cities. Most are deserted, or home to on-again off-again second-hand stores. The city population has a high number of senior citizens. But not because it’s a retirement mecca; many of the older people in town worked in the textile industry, and when the mills closed, they just never left.

To me, there was an eeriness to Burlington as a once thriving city left lifeless. The vacant mills and their adjacent mini-downtowns and mill worker housing create an extremely difficult town to navigate directionally. For such a small city, it was easy to stumble upon a completely strange neighborhood you had never seen before. This created a sense of strangeness, and not necessarily in a good way. Once my husband and I tried to explain the weirdness of Burlington to my father-in-law as we drove through town. Immediately afterward we watched a man urge a snapping turtle across a busy street, then passed a group of people in a downtown parking lot digging through a 25-foot-tall mound of sweet potatoes with snow shovels. 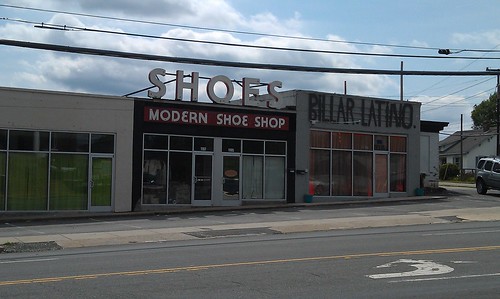 I spent my day job at a nonprofit in a nearby town, trying to make it into a better place, but I never really felt like the place I lived was actually home. It took getting engaged in the city to realize that I should spend more time liking, and being proud of, where I lived. Last year, a bar and a co-op grocery store opened in downtown Burlington, and both gave me a chance to actually met people who lived here. One of my new friends mentioned that he moved to Burlington from nearby Greensboro on purpose, in order to “challenge himself.”

He told me that when he lived in Greensboro, he spent all of his time with people just like himself, and rarely met or hung out with anyone who was different than he was. He said that here in Burlington, we have “raw people” and that he liked having different people and perspectives challenging his beliefs and views. While I was spending my days in meetings improving the small town next door, he was getting involved with the raw people of Burlington. He and his partner restored the old house that they lived in adjacent to downtown, and then moved on to a downtown storefront which they renovated. That formerly empty building now houses a photography studio and an architect’s office. He embraced the raw people of our city and helped to make it a livelier place.

The idea of “raw people” was a new one to me, and for the next couple of weeks I kept using it like a punch line. Since it was not my term, I tried out the term for the next couple of weeks as I went about my business. When I saw our one and only street musician on the curb outside of the library — raw people. When kids ran around in soap bubbles blasted from a leaf blower type machine from the roof of a downtown building — raw people. When a questionable mural was painted on the side of a building advertising the car lot — raw people. 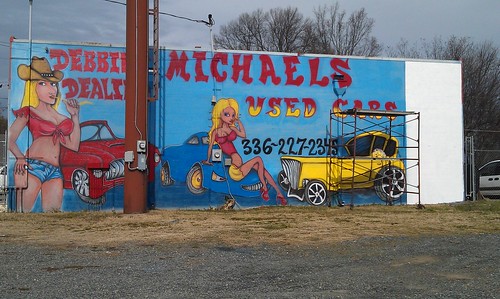 My friend wasn’t just talking about separating people into groups of “us and them”; he was stressing the importance of diversity among all sorts of factors. It is easy to think that the way you and your peer group live is the right way and other people do it the wrong way. He demonstrated that getting involved in your community and getting to know all sorts of neighbors, not just those like yourself, can make your own life better. It isn’t that one group is smooth and that everyone else is ragged — it’s that not venturing outside your group makes you think that there is only one way to do things. It makes you think that your way is the best way, even if that is not the case.

Was I a raw person? Something made me live here, after all. I was one of those people that my friend met by moving here. Embracing both the concept of “raw people” made be both appreciate the city itself more and identify with all of those different people that made up the community. Even applying the concept of “raw people” to those I came into contact with made me think of the people around me as a more complete way. It’s easy to not think about strangers you come into contact with at all, but suddenly thinking that our community was special, because it was raw made me pause and reflect in a way that I hadn’t before.
As I got more involved with where I lived I started to figure out that he was right about Burlington. No, we don’t live in a city that is written up in far away newspapers for its award-winning chefs, but I don’t have to worry about my city trying to be “too cool.” I’ve heard my friends in a nearby hip city bemoan the fact that the city is getting too big for its britches, and complain that they now live in the “New York Times era” after yet another profile of a restaurant. Sometimes revitalization or gentrification has the side effect of homogenization, create a level of comfort that can also make you somewhat boring.

I started appreciating Burlington for what it was. A small city trying not to die after its biggest industry left. We have amazing diners, fantastic thrift stores, and a parks system that can’t be beat. We have a minor league baseball stadium that features an old man leading the national anthem seated with a microphone every night, and first-class heckling of the opposing team. Our community supports a local food co-op while other nearby, hipper cities struggle to get one established. The grocery store thrives not because its shoppers are looking for the latest macro-vegan-paleo-keto diet but because until they opened, much of the town did live in a food desert — especially if you remove Super Wal-Mart from the equation. Some may argue that we are just on the extreme forefront of gentrification, but I hope that by that time we will have gotten to know all of our neighbors, both raw and “cooked,” and avoid the homogenization patterns of other places.

You often hear people declaring that a city was the coolest it ever was the day he or she moved there, but it sort of feels nice to live in a place that you didn’t learn was cool until you lived there for almost a decade. Bring on the raw people.

What do you think? Cancel reply

What’s the story in your neighborhood?

Let us know! Submit your idea to NEIGHBORISTA! today.